ARTICLE ON DIVING THE SOCORRO ISLANDS 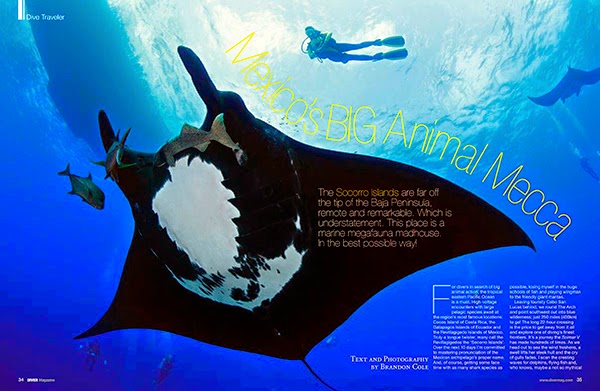 Our article on scuba diving in the Socorro Islands of Baja, Mexico was recently published in Diver Magazine. These islands, far out in the Pacific Ocean, are home to giant manta rays, sharks, and huge schools of fish- hence the story name "Mexico's BIG Animal Mecca." On our last photo expedition onboard the superb Solmar V live-aboard boat, we also encountered dolphins, yellowfin tuna, and even a whale shark, in addition to the resident friendly mantas, a huge pack of silky sharks, baitballs, and much more. Photos from these remarkable islands (officially called the Revillagigedos) can be seen on our web site.

Besides the Socorro Islands, the eastern tropical Pacific Ocean region also contains world famous diving hotspots such as the Galapagos Islands, Cocos Island, and Guadalupe Island- the planet's top spot to cage dive with great white sharks. Over the last 25 years we've worked extensively in these waters, resulting in a very strong collection of dramatic imagery. And we'll be back! In fact, we're returning to Guadalupe in 2015 on the Solmar V to come camera to face with apex predator Carcharodon carcharias. Click here to learn which infamous fish bears that name. 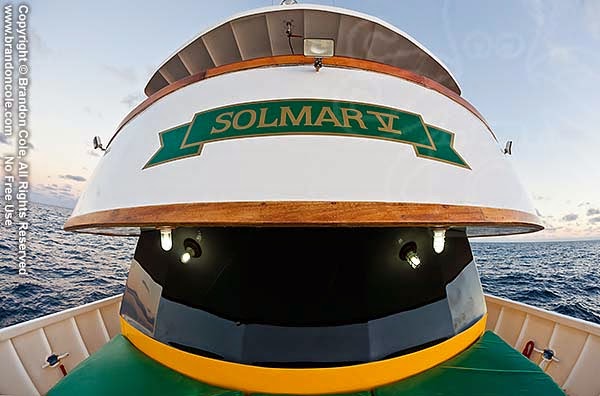